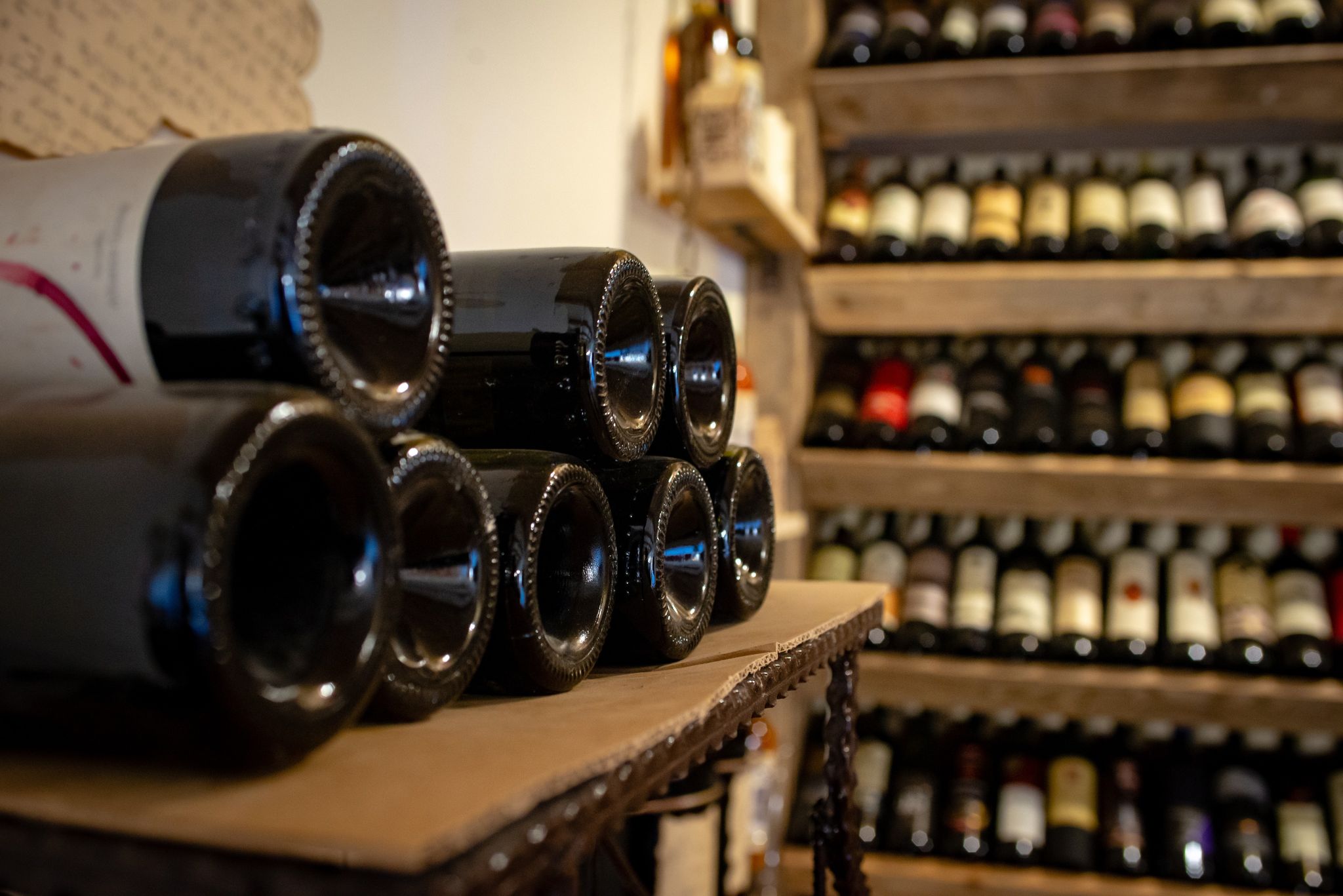 How to store natural wine

Apart from cultivating a vineyard that produces quality grapes, a winegrower's main concern is the construction of a wine cellar. Once the wine cellar has been set up and a good wine has been produced, another challengearises: how to storewines?

Wine cellars in Georgia, in most cases, are adapted only to the technological requirements of winemaking. In such cellar, there is either no space to store wine at all, or the temperature regime and other conditions make it impossible to store wines of different harvest in the same facility.

Storing wine in a Qvevri, wine tanks, or oak barrel is a good solution when the conditions for wine storage in the cellar are good. If the winemaker does not have storage vessels in the cellar, nor sufficient space for these vessels, he/she tries to consider many risks and bottle the wine as soon as possible. Such excessive fervor often ends in failure.

Traditionally, in Georgia, a Qvevri was considered an ideal vessel, both for fermentation and storage. This centuries-old tradition is continuously preserved today and the ancient Georgian method of Qvevri winemaking was listed in the UNESCO Representative List of the Intangible Cultural Heritage of Humanity.

Most of the members of the Natural Wine Association successfully continue the tradition of preserving wine in Qvevri. During storage, a variety of important issues should be taken into account. For example, how long can wine be stored in a Qvevri?

Mamuka Chkheidze, a winegrower of Simon Chkheidze Wine Cellar in the village of Obcha, Baghdati municipality, uses a Qvevri to store wine. He has the Qvevris buried in his yard, where the 2-3 year-old "Otkhanuri Sapere" is preserved.

Mamuka Chkheidze, Simon Chkheidze Wine Cellar: "I store ready wine in Qvevris and I almost never have a problem. I store "Otskhanuri Sapere" in Qvevris. Now, for example, I have "Otskhanuri Sapere" of the 2015 and 2017 harvests in the Qvevri, and the wine has no problems at all. I take it from the Qvevri only when I want to bottle the wine. Before that, I used to periodically open the Qvevris and check; sometimes I would also remove the sediment and wine mold. I do it less often now. My Qvevris are ancient (from my grandfather’s times), old and well-tested. After washing, I clean the Qvevris with a Kercher and 1000C hot water, and in this way I kill bacteria. I also pay great attention to the cleanliness of Qvevri tools because diseases (including the so-called mouse') can appear mainly due to unclean instruments".

Like Mamuka Chkheidze, Aleksi Tsikhelishvili, a winegrower living in the village of Zemo Alvani, Akhmeta Municipality, stores wine in Qvevris. He also takes wine from Qvevri only during bottling.

Aleksi Tsikhelishvili, Tsikhelishvili Cellar: "All wine will last one year in a Qvevri if the Qvevri is clean and well-kept. I have left the 2015 wine in the sealed Qvevri. I think I'll open it this winter and check it. As a rule, there should not be any big problems. I wash the Qvevris many times with cold water. Then I fill it with lime water and leave so for a month. Since the lime settles on the bottom, I stir the lime water until it becomes milky.Lime saves the Qvevri the best. If I have the opportunity to leave the wine in the Qvevri, I always leave it in the Qvevri and bottle from the Qvevri. I don't bottle my wine until it is two years old. I do not complain about temperature changes in the cellar where the wine is stored. In past, the roof of the cellar used to be hot. Then I made insulation and the temperature is somewhere between 18-19 degrees".

If the natural wine has gone through the stage of storage in a Qvevri and the winemaker has decided to bottle and store it that way, he is already facing other challenges. It has been shown that in addition to the construction of a cellar, a wine storage space, wine cave should also be set up. When setting up a storage space for wine bottles, the crucial is to maintain a constant cool and steady temperature, as changes in temperature often have a devastating effect on the wine. In the best case, the wine cave is built underground, and in this way, natural and stable coolness is easily achieved. However, building and setting up such a wine storage spacerequires proper knowledge, and simply a room embedded in the ground cannot provide the necessary conditions for wine storage.

Over the last few years, the construction of so-called two-level cellars has begun. It is true that this requires quite a lot of money, but this way the winemaker can fully ensure the production, care, and storage of the wine in the best conditions. A two-level wine cellar implies the arrangement of a wine cave at the underground level in addition to the production wine cellar at the ground level so that architecturally both spaces are under one roof. It is also very convenient how the winemaker accesses the wine cave from the wine cellar by ladder and does not have to go specifically to another building, even in the same yard.

Zurab Topuridze, one of the founders of the Natural Wine Association, produces wine in two regions - Kakheti and Guria. He already has a lot of experience in storing wine. As he told us himself, it is better to spend effort and money on properly setting up a wine cellar and wine cave right from the start, rather than worrying about correcting the climatic conditions of the wine cellar later, because this can be expensive and even damage the wine.

Zurab Topuridze, wine cellar "Iberieli": "The winery is located in a cool place in Kakheti, near the Shuamta forest, 750 meters above sea level, and includes two buildings: the building of the Qvevris for the fermentation process and the underground wine cave for storing the bottled wine. When building the cellar, I dug quite deep into the ground and placed the cellar completely in the ground. I put a 70-80 cm thick soil layer on the 25 cm attic concrete slab. I have built the building of Qvevris with 50-55 cm thick limestone, the attic with wood, and the roof with tiles. The floor of the room is approximately at ground level. Despite all this, I still encountered problems: the air temperature of the basement still naturally warms up to 22 degrees on hot days in August. So I had to install a cooling system to cool it down to 17 degrees. In the Qvevris building, air with temperatures below 0 (i.e. extreme cold) was reaching from the attic to the Qvevris in winter, so I had to install a very thick layer of Mineral wool and pumice stone on the attic floor".

In ancient times, pits and tunnels were also used to store natural wine (there was no industrial wine at that time). The rock-cut Georgian citadels - Uplistsikhe and Vardzia - still have natural or artificial (carved by man) pits that were used to store wine. Considering the stable low temperature there, it is still possible to use such pits and caves to store wine today.