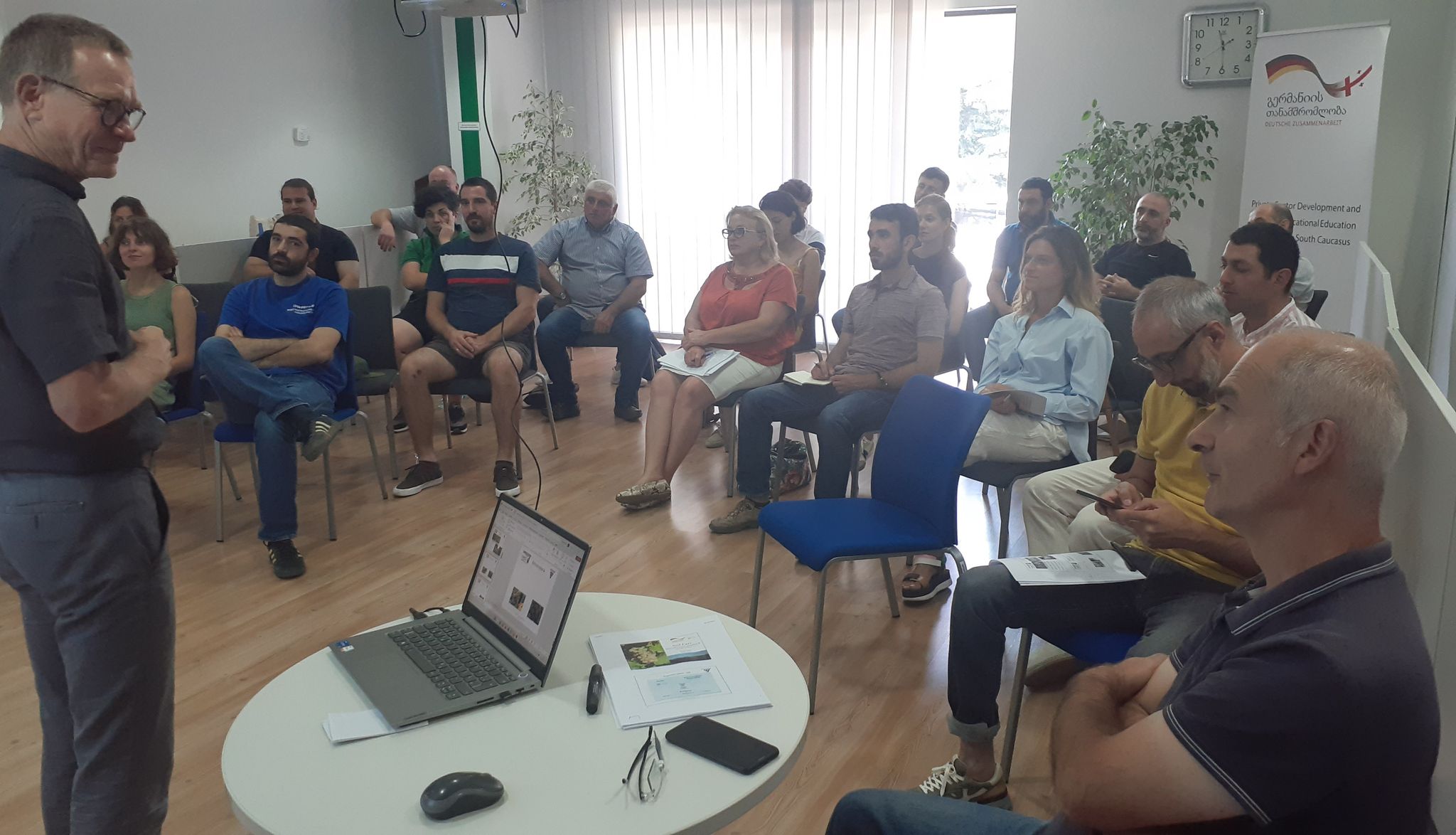 Meeting of members of Natural Wine Association with German expert

Sustainable soil management, protection of vineyards from pests, biodynamics in viticulture, international trends in natural winemaking – these were the issues that German expert Paulin Koepfer discussed with members of Natural Wine Association during a two-day training held on August 24-25 in Tbilisi. The trainings were organized by the Natural Wine Association with the support of Deutsche Gesellschaft für Internationale Zusammenarbeit (GIZ).

Review of organic methods of soil management caused a lot of discussions during the meeting. According to Paulin Koepfer, one of the main principles of organic viticulture is that winegrowers should try to “disturb” the soil as little as possible. It’s good if soil is not turned over, so that not to destroy the bacteria living in the upper layer of the soil as they create humus. Soil should be seldom cultivated – once in 3-4 years and only a plough should be used in that process so that the soil surface is not turned over.

Paulin Koepfer also let the participants taste his wines. As it turned out, the German winemaker uses the method of long skin contact fermentation, which was a pleasant surprise for the Natural Wine Association members. The participants were especially interested in the wine that was produced from grapes harvested from a 30-year-old vineyard, which has never been sprayed before.

Paulin Koepfer’s organic viticulture and winemaking has 55 years of history. The members of Natural Wine Association had the opportunity of sharing this longstanding experience in winemaking and receiving useful advice from him.

Zero Compromise - The wineries participating in the festival are revealed!