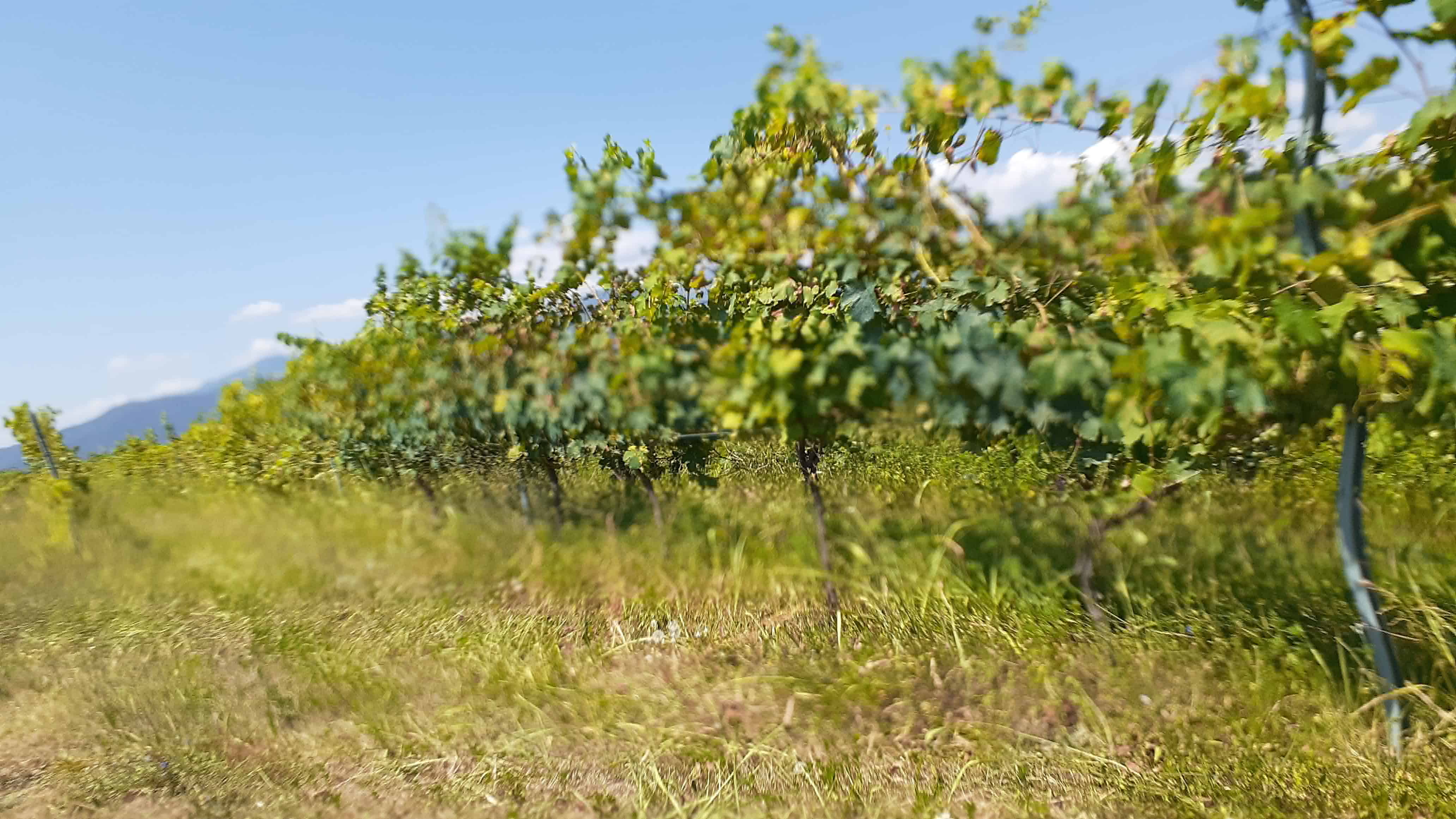 Water is essential to life. the consequences can be fatal if there is no water and the drought is very intense or prolonged. Even though the spring and summer of 2022 were characterized by frequent rains in almost all regions of Georgia, the drought in July and August remains one of the main challenges for wine growing in east Georgia.

Years of experience in different regions have taught the winegrowers belonging to the Natural Wine Association how to cope with drought. In addition, they share their experience with other winegrowers.

Niko Beriashvili, Niabi Winery: "Drought is a big problem here in Kartli. Our vineyards are located in quite windy and rainless places, which dries the soil out. Besides, there are high temperatures in summer, when the soil loses moisture very quickly. During the year, since the vines are still fresh and young, we water them at least once or twice, depending on how hot the summer is. Water is quite scarce, so we try to arrange it beforehand. This year, for example, I haven't watered yet, because there were heavy rains in the first half of the year. However, signs of drought are already seen in July".

Kakha Berishvili, Artanuli Gvino: "I am fighting the drought with grass. If it can be called a "fight". The local vineyards, which are plowed up, are experiencing problems because of the drought. Mit is less of a concern for my vineyard. Unfortunately, the drought weakens the vineyards in some places, and in others, it completely dries out. It becomes worse if the vineyard is irrigated by so-called "flooding" because such irrigation already spoils the structure of the soil."

Gocha Tchrelashvili, Dimis Ferdobi: "Drought affecting the vines is rare here in Baghdati. Sometimes it damages other cultures, though we are located in a mountainous area. In addition, we try to fight drought with water pumped from the well. Fortunately, several villages in Baghdati built on plains have an irrigation system".

Sandro Buadze, Bua Wines: "This is the first year of a newborn vineyard in the village of Akhatani. It is a brand new vineyard. We removed the grass by hand, and then, when the rains stopped and the soil settled down, we cultivated it to keep the soil moist. We also have a vineyard in Kardenakhi. There, in 2020 was a drought, and in such a time we usually mow the grass.In my opinion, grass (or sideratum) should be grown in a way that destroys the soil less, or the soil should be cultivated and the roots of the vines hoed".

Rezo Getiashvili, "Vazha Getiashvili Wine Cellar: "The duration of droughts has increased in recent years, the summers of 2019 and 2020 were especially dry. Precipitation also decreased during winter. Planting vines on lands without irrigation is a problem. For the last few years, due to drought, Saperavi fails to fully form the grain. Irrigation systems in Kachreti are not arranged. A few years ago, water pipes were arranged, but they were not launched. Irrigation of 80% of parcels of land is difficult. Vineyards are affected not only by drought but also by flooding, as people channel water through roads leading to vineyards and onto each other's plots, which also leads to conflicts.

In recent years, the sugar content of the grapes has also increased, and because of this the alcohol in the wine no longer goes below 15 degrees. Due to the dynamics of climate change, we should expect more problems in the future. Springs in our village dry up every year and people are left without drinking or water for household purposes. In addition, rivers that have never historically dried up have been drying up in the last few years. This is due to the degradation of river basins in addition to climate change. Future drought management measures will be even more costly and extensive, which will also place a burden on the state, the countryside, and agriculture".

Shalva Natroshvili, Shalva Natroshvili Cellar: "My vineyards are in the Tibaani microzone, where drought is really a big problem, especially in recent years. From my practice, a partial solution to drought problems is possible if bud thinning - the removal of leaves from the vines - is done carefully and precisely. Farmers often cut off a large number of leaves and do not take into account the exposure of the vineyard. Soil cultivation is also an important factor. Frequent plowing and cultivation as well as 'weed/grass control' in the vineyard lead to even higher existing temperatures. Naturally, when the soil is without grass, sunlight is absorbed, heating the soil and increasing the temperature. Mowing the grass in July-August gives especially dramatic results. In dry weather, the grass protects the vine, and if we take it out of the vineyard, there is a good chance that the grapes will be partially or completely burned".

Giorgi Mshvenieradze, Mshvenieradze Winery: And who is complaining about the drought in Zestafoni, it is the second year we have been tormented by rains. Here, we have clay soils, and even if the surface is dried, enough moisture remains below. At the same time, we use sideratum in the vineyards - we have planted clover. Therefore, this method prevents the soil from drying out".

A large proportion of the Association's member winegrowers believe that in order to tackle the problems caused by the drought, people first need to raise awareness and introduce climate-smart technologies so that in the long term, climate change will not affect viticulture.